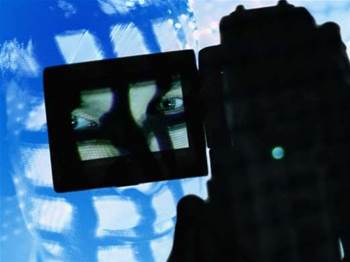 Proposed reforms to the Telecommunications (Interception and Access) Act could see the internet connections of all Australian's intercepted and then passed onto third-parties without a warrant.

The Attorney General said the proposed amendments were intended to "improve the capacity of owners and operators of computer networks to undertake activities to protect their networks".

But Nic Suzor, an associate law lecturer at the Queensland University of Technology and board member of Electronic Frontiers Australia (EFA), said the proposed amendments are "far too broad" and "pretty scary" when it came to the privacy of internet users in Australia.

"We could envisage cases where ISPs would be required to police copyright infringement," Suzor said in a telephone interview with iTnews.

"It could mean that everything you do [online] could be listened to. It means that instead of getting a warrant police could knock on the door of any ISP where they believe a user is doing something illegal and obtain information...and that's a little bit worrying - it invades on peoples' privacy," he said.

Suzor added that it was important to limit the powers of any authority to prevent them from snooping on people.

"By turning this on its head we create a monitoring society where all behavior is monitored. It changes the way we deal with information," he said.

The reforms followed Senator Stephen Conroy's plan to crack down on illegal file-sharing and a Federal Court case in which the movie industry has targeted ISP iiNet for allegedly allowing copyrighted material to be carried on its network.

Currently, copyright owners need a warrant from a judge to obtain the name of a person registered to an internet address, if they suspect that person has contravened the copyright act.

Copyright owners have been known to set-up so called "honey pots" to entice users to download a copyrighted file and then record the internet address of the user for potential prosecution.

Copyright owners can then approach a judge and order an ISP to hand over the name of the person registered to that IP address at the time the user downloaded the file.

In a posting on the EFA website, Suzor said that the EFA would "call upon the Attorney-General's Department to critically examine the proposed legislation and tighten the exceptions to the broad prohibition on interception to a clear set of defined purposes and parties."

Feedback on the proposed amendments closed on August 7.

A spokeswoman for the Attorney-General's Department said submissions "will not be published on the department's website."

The EFA's submission can be viewed here.