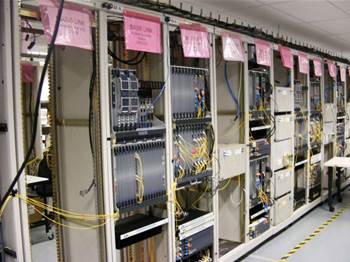 Primus Telecom will use the Basslink subsea fibre cable as its primary transmission link into Tasmania after inking an agreement today.

Chief executive Ravi Bhatia told iTnews the service provider would also maintain transmission capacity on the Telstra backhaul at current levels, both to fulfill new business and for diversity.

Primus remains under contract to Telstra.

Bhatia said the incumbent's knowledge of the negotiations hadn't reduced the cost of buying Telstra capacity yet. But he said the go-live of Basslink would mean an expansion of Primus services into Tasmania.

"We already have DSLAMs there and we intend to expand on those," Bhatia said.

"The primary barrier to entry into Tasmania was lack of competitive backhaul. It's been so expensive that it probably significantly affected economic growth in Tasmania.

"We used to have a development centre there but we had to pull out because of the cost of transmission. The links across Bass Strait are the only things that have [consistently] held Tasmania back."

Bhatia said he would consider re-establishing the development centre, but the ISPs plan was to closely examine the direction of the Tasmanian NBN before committing to large-scale investment.

"Now we need to see what services are going to be offered and what direction it's going to take. I think with Mike Quigley and Doug Campbell on board there is a good leadership team in place."

"We need another Bass Strait crossing," he said.

ISPs including Internode and Exetel have already signed on to use Basslink.