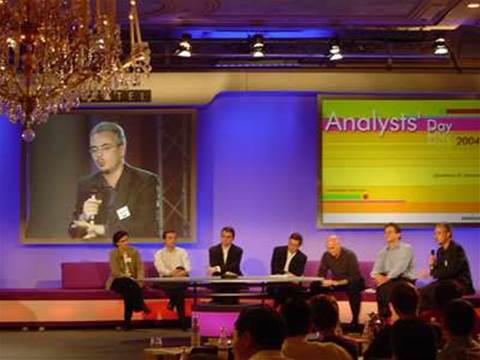 But who is Mike Quigley?

Mike Quigley's appointment was announced by Prime Minister Kevin Rudd over the weekend.

Quigley was expected to start immediately and be "actively involved" in the NBN implementation study, which is to be handed down in February next year.

Quigley's experience leading the development and integration of large scale Fibre-To-The-Premise (FTTP) and Fibre-To-The-Node (FTTN) implementations for some of the largest US carriers made him a prime candidate, the Department of Broadband, Communications and the Digital Economy said in a statement.

"Few people in the world have first-hand experience with the deployment of the type of network our National Broadband Network plan involves," the department said.

"Mike is one of those people. He understands the technology, the applications, and all of the considerations that go into making a network viable."

The Government was "continuing the process to appoint other directors to the Board of the [NBNco] and expects to make further announcements shortly".

"It is anticipated that one of those directors will, in time, also be appointed as non-executive chairman, with Quigley continuing as managing director and chief executive officer," the department said.

According to the Federal Government, Quigley was "an example of an Australian executive who has reached the top of their profession globally and is now able to bring the benefit of that experience home".

He was with equipment maker Alcatel-Lucent up until late August 2007, when he quit the post to return to Australia. He was the French telecommunications equipment vendor's President of Science, Technology and Strategy before he left.

Quigley was credited with having led Alcatel's team in negotiating the merger with Lucent Technologies.

At the time he was Alcatel's global number two.

Quigley had been due to assume the number one mantle at Alcatel in June 2006 but that changed when the Alcatel-Lucent merger was announced two months earlier.

Quigley was instead named chief operating officer (COO) of the merged entity. Then Lucent chief Pat Russo nabbed the top spot at the merged company.

Three months later in July 2006 - still seven months out from completion of the merger - Quigley reportedly gave up the chief operating officer role.

He was appointed to the lower profile position of president of science, technology and strategy.

Industry speculation mounted the decision was due to Quigley being passed over for the role of chief of Alcatel-Lucent, Light Reading reported.

But the official line was he wanted to spend more time with his family. British-born Quigley, now an Australian citizen, is married with three daughters.

He joined Alcatel (then STC) in 1971 as a cadet electrical engineer.

For the next decade he held senior positions in the R&D area of Alcatel managing a team of 140 technical people.

In 1999, he was promoted to chief operating officer and then president and chief of Alcatel USA. He then moved to the company's Paris headquarters in 2003.

According to Businessweek.com, Quigley was also a leukemia survivor. Diagnosed at age 38, he underwent "a risky bone marrow transplant, using cells supplied by his brother", the business magazine reported in 2005.