Ericsson takes on Nokia in battle for Nortel 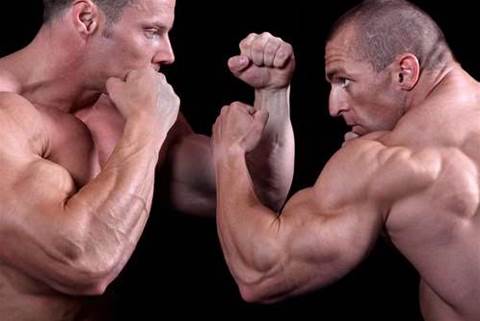 Bids in auction of wireless assets.

Wireless phone network provider Ericsson has joined the race to acquire the wireless assets of ailing Nortel, with a bid rumoured to be worth US$730m ($891m).

The Swedish firm will be competing with mobile giant Nokia Siemens Networks, which launched a bid of US$650m this week.

Earlier in the week, BlackBerry maker Research In Motion complained that Nortel had effectively blocked it on procedural grounds from making a US$1.1bn bid, according to Reuters.

"We always look at opportunities that can be of interest for Ericsson and create value for us, and we are participating in this process to the point it makes sense," an Ericsson spokeswoman told the news service.

Nortel filed for Chapter 11 protection earlier this year before agreeing to sell its CDMA and LTE wireless technology businesses to Nokia Siemens Networks.

The auction for Nortel's CDMA and LTE wireless technology businesses is due to take place later today.

Got a news tip for our journalists? Share it with us anonymously here.
Copyright ©v3.co.uk
Tags:
assets bid ericsson networking nokia nortel wireless