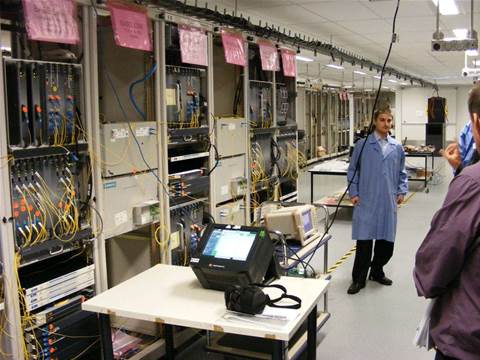 One week after Basslink's official launch of its subsea fibre cable in Georgetown, Tasmania, iTnews has secured the first pictures from inside the Loy Yang converter station in Victoria and of the terrestrial fibre rollout connecting it to Traralgon (see photo gallery right).

Basslink is the first non-Telstra fibre optic cable to operate across Bass Strait.

iTnews reported that ISPs including Internode and Exetel began testing the cable in the first week of July.

Internode has signed a three-year contract with Basslink for an initial data capacity of 622 megabits per second.

The ISP expects this to increase to more than one gigabit within the first year.

Other ISPs including Netspace and iiNet have also been in early negotiations for capacity.