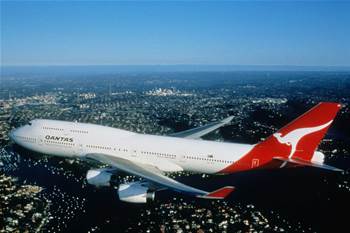 Unisys and ASG have both retained IT services business with Australia's major airlines in two separate announcements made today.

Unisys will continue to manage the baggage reconciliation system used by 44 international airlines operating in Australia, while ASG will provide more services to Qantas.

Unisys announced that the Board of Airline Representatives Australia (BARA) has signed a five-year renewal for the baggage reconciliation system worth more than $25 million.

Unisys manages the network infrastructure and security architecture and provides help desk support for the system.

When passengers check in, each bag receives a barcode, which is then scanned and reconciled with a passenger record before it can be loaded onto the aircraft.

More than 20 million bags are validated through the system each year.

According to Unisys, the system is designed to prevent take-off with a mismatch of passengers, crew and baggage.

"It's essential that airlines avoid lengthy processing or flight delays when baggage needs to be found and removed from flights," said Sue Carter, VP of commercial industries at Unisys Asia Pacific.

The managed services deal will see the two IT service providers support financial reporting and planning applications at the airline.

ASG said it had worked with Qantas for approximately 30 months providing IT systems integration and management supporting another finance-related project.