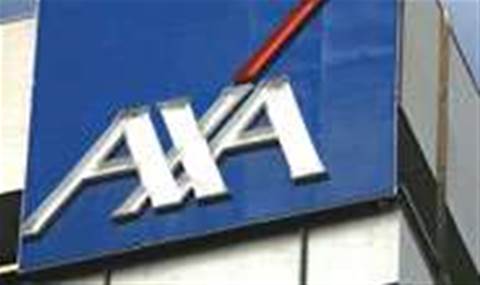 Before taking on a project, the insurance giant’s IT team must show it can outperform external providers.

Insurance giant Axa shows little sign of having had its faith in the power of the market shaken by the ongoing turmoil in the financial services sector.

Indeed, market forces are central to making sure its IT systems are as effective as possible.

But to ensure the various operations within Axa get the best possible IT support, ATS operates as what director of innovation Fabrice Locke calls an “in-house outsourcer”.

As a result, ATS is under pressure to show that it can outperform third-party outsourcers on service delivery.

“Every year we are given goals and objectives that require us to show we can do better than the market and at a better price,” said Locke.

As part of that effort, ATS recently established an innovation centre, which is tasked with finding ways of strengthening the company’s operational capabilities through the use of technology. “Innovation [in IT] is key to growth,” said Locke.

Recent innovations include the expansion of virtualisation technology throughout the business.

The ability to streamline IT through server virtualisation represents a significant opportunity to improve operations, said Locke.

The project is in the process of being rolled out across several of Axa’s units.

Other examples of business improvement through IT innovation include a project Locke calls “Axa-presence” ­ – the introduction of high-end videoconferencing technology.

The project has clear environmental benefits, as it will potentially help reduce the amount of executive travel, but Locke believes one of the most significant advantages will be improving collaboration between employees.

The pressure to outperform external competitors also helped convince IT leaders in ATS that they needed a better mechanism to benchmark the maturity and capability of the IT function.

ATS has been closely involved in the development of the IT Capability Maturity Framework (ITCMF), which was unveiled last week.

Companies such as Intel, Chevron, BP and Axa worked to produce a mechanism that would improve IT leaders’ ability to assess the strengths and weaknesses of the IT function, and provide guidance on how to make enhancements.

It is “incredibly useful” for IT leaders to be able to assess how their department compares with others and to be able to draw on examples of best practice, said Locke.

ATS has, for example, used the framework to improve its server deployment process. The ITCMF framework has enabled the firm to reduce the time it takes to configure servers by 96 per cent.

ATS has also used three of the 36 processes covered in ITCMF to make improvements in the areas of technical infrastructure management, green IT and innovation
management.

Ultimately, the framework should provide ATS with the tools to ensure it continues to offer the Axa Group the best possible infrastructure support, said Locke.

What the IT Capability Maturity Framework aims to achieve

The IT Capability Maturity Framework (ITCMF) began in 2007 as a joint venture between the National University of Ireland (below) and Intel, in an attempt to improve IT investment decisions through better understanding of the effectiveness of key processes, as well as identifying road-tested methods of improving those processes.

Since then, some 120 firms across Europe and the US have used the ITCMF, including Axa Technology Services (ATS).

ATS was first involved when then-chief information officer (CIO) Laurent Attard was looking for an IT improvement framework that encompassed the entire IT function.

As Attard, now CIO at IT services group Logica, explains, he was looking to transform the IT function from being a cost centre to a value-creation centre. CMMI provided a mechanism to tackle this at the software level, but that alone was insufficient.

“One of the big strengths about ITCMF is that it provides an umbrella for frameworks such as CMMI and Itil so that CIOs can understand the process maturity across the entire IT function,” said Attard.

Companies that use the framework share best practice, which allows them to benchmark themselves and identify areas where peers are outperforming them.

Such sharing of information may be alien to investment management firms, where the ability to build complex data modelling tools can provide a competitive advantage, said Fabrice Locke, director of innovation at ATS.

But within the infrastructure support function, sharing best practice can improve the effectiveness of IT investments.

“It is useful to find that what you regard as best practice is being done better by someone else,” said Locke.
Got a news tip for our journalists? Share it with us anonymously here.
Copyright © 2010 Computing
Tags:
at axa computing drive forces hardware innovation intel market