ISPs may be stranded by NBN, not just their assets 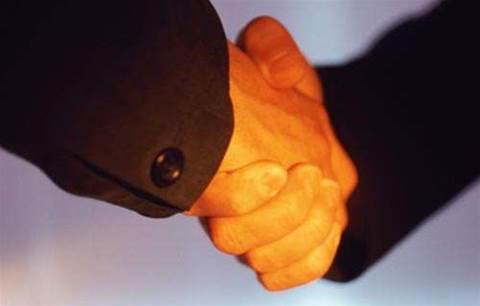 DSLAM assets stranded by the NBN could be the least of ISP’s problems with an Ovum analyst warning of a major shake-up in the transition to a new national network.

Speaking at the Broadband Australia conference in Sydney, Ovum analyst David Kennedy reiterated a number of calls over the past six months that Telstra's inclusion in the NBN process is "crucial" to the network's success.

Kennedy outlined two potential models for an NBN. If Telstra remains outside the process, Kennedy said, there will be two competing broadband networks in Australia - the existing unconditioned local loop (ULL) and the NBN fibre network.

"While there'd be two networks there's still only one set of customers," he said.

"NBNCo would literally have to start from scratch and fight for every single customer to connect. The NBN won't achieve revenues for a long time if it has to peel away [ULL] customers one by one."

The alternate model that appears to be favoured by the Government is for Telstra to vend in some of its assets to the NBN in return for some form of equity stake.

"If Telstra were to vend assets into NBNCo then the NBN will also have revenue up front," Kennedy said.

"Instead of being a competitive fight to peel away customers, the NBN becomes more of an engineering task."

Kennedy said that "in principal" a deal between the Government and Telstra that both parties will find acceptable is possible.

But he warned network transition arrangements in such a deal could have substantial consequences for the rest of the industry, particularly service providers that rely on the Telstra ULL.

In particular, he foreshadowed consolidation of ISPs that operate DSLAMs on Telstra's ULL and questioned what their roles in the industry might be after the ULL-to-NBN transition.

"What a deal between the Government and Telstra will imply is a very substantial restructuring of the industry, and not one that's going to be very favourable to a number of existing players," Kennedy said.

"Transitions are simply awkward. A great deal of attention needs to be given to transition management in the consultation process."

"The Government's insistence that this will be a national network is the reason why I think the access pricing will be averaged," he said.

"Maybe the Government will bite the bullet and say fibre access is going to be more expensive in regional Australia but I'd suggest not.

"What that means is that we're looking at price hikes for broadband access in metropolitan areas [compared to what users currently pay for ULL-based services]. Those hikes could be significant."