Framework promises blueprint for IT success 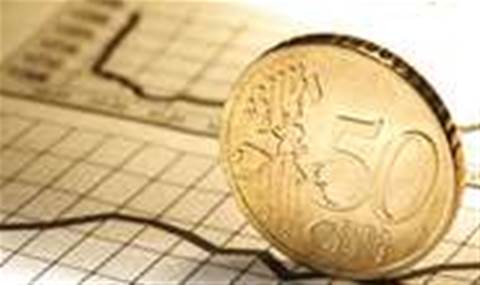 In the early part of this decade when Martin Curley, global director of innovation at Intel was looking for a framework that could cover the entire spectrum of IT activities, he couldn't find anything suitable.

Undeterred, he set about building his own.

At the time, it was recognised internally that Intel's IT function was "immature", concedes Curley, and he'd been charged with developing a transformation plan.

Initially, he talked to academics at the Innovation Value Institute at the National University of Ireland, with the aim of building a mechanism to benchmark just Intel's IT operations.

However, it soon became apparent that it might be possible to build a framework that every IT chief could use, he says.

"We all face more or less the same challenges: take cost out of the business; demonstrate how IT delivers value; sort out energy use," says Curley.

But it was clear that he would have to get other companies involved to gain the interest of CIOs, "otherwise it would be perceived as a vendor-led idea", he says.

Over the past two years more than 120 companies have engaged with the project, including BP, Chevron and AXA.

The result is the IT Capability Maturity Framework (ITCMF), which provides a mechanism for IT leaders to test 36 critical IT processes, ranging from infrastructure management and risk management to enterprise architecture and leadership.

The idea is to provide an umbrella framework, capable of working alongside existing ones such as CMMI and ITIL, says Laurent Attard, chief information officer at IT services group Logica.

One of the strengths of the ITCMF is that in addition to providing a useful benchmark, with firms getting a rating of between one and five for any process they wish to consider, it provides a roadmap for how to improve, says Ralf Dreischmeier, managing director of Boston Consulting Group.

It can also provide the IT function with greater credibility within the business, argues Intel's Curley, because it makes the task of identifying the business value of IT investment far more transparent.

Initial results look positive. At AXA Technology Services, which provides infrastructure services to many of the business units within insurance giant AXA, the ITCMF has been used to improve its server configuration process, reducing server set-up time by 96 per cent.

The framework was first unveiled in Silicon Valley this February. Ultimately, the plan is to create an accreditation process, which would not only able IT leaders to prove their own effectiveness, but could be used to assess the suitability of third-party service providers, says Curley.
Got a news tip for our journalists? Share it with us anonymously here.
Copyright © 2010 Computing
Tags:
blueprint for framework it promises software success