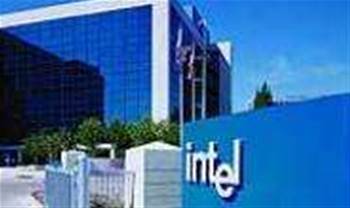 Parallel Studio consists of three tools that can be purchased individually or as a suite, plus a fourth, Parallel Advisor Lite, available as a free plug-in.

The collection is designed for C and C++ programmers using Microsoft's Visual Studio to help them take better advantage of the power of today's multi-core processors.

"We introduced multi-core chips in 2005, and now virtually every CPU has at least two cores, some have four and a few have six or eight," said James Reinders, director of software development products at Intel.

Consequently, most computers can now take advantage of parallelism, and Reinders hopes that Parallel Studio will "kick parallelism into high gear by solving problems that have not been addressed before".

The free tool, Parallel Advisor Lite, analyses applications to identify areas that might benefit from parallelism.

"It can give feedback on how effective adding parallelism might be at a particular area in the code," explained Reinders.

The other three tools are Parallel Composer, Parallel Inspector and Parallel Amplifier, designed to help with the coding, verifying and tuning of code respectively.

Inspector examines code more carefully for 'correctness', helping to avoid programming errors that could otherwise cause a deadlock, or racing, where two parallel processes access the same shared resource at the same time.

Amplifier lets developers see what is happening with their application, when cores are busy and what is stalling them, according to Reinders. "It shows where you're not using the full capabilities of the machine," he said.

Intel explained that it has developed the suite for Microsoft's Visual Studio simply because it is one of the most widely used development platforms, and programmers will be familiar with the software.

The company already has tools for Linux, where use of multi-threaded code is much more prevalent.

"Parallelism is not very common yet for Windows, so we wanted to make it a goal for programmers to aim for," said Reinders, adding that this would become more important as time goes on and computers gain dozens and possibly hundreds of cores.

"We are confident that the techniques in this suite will hold up over time for the way capabilities in parallelism are heading," he added.

Parallel Studio is available immediately through resellers. Parallel Composer, Inspector and Amplifier cost US$399 each, or can be purchased together for US$799.

Developers can also obtain a free evaluation copy, and academic customers can get the suite at a discounted price.

Got a news tip for our journalists? Share it with us anonymously here.
Copyright ©v3.co.uk
Tags:
codecomputingintelparallelreinderssoftwarestudiosuitetools