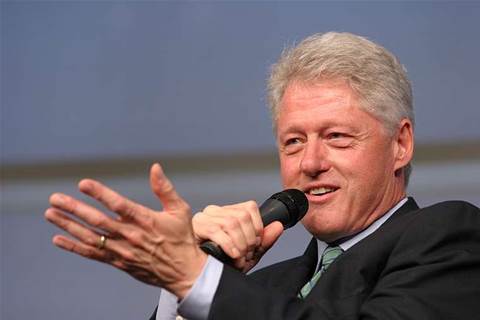 U.S. Federal investigators are examining how a hard drive containing sensitive personal information from the Clinton era has gone missing from the National Archive.

The 1TB drive was filled during President Clinton’s reign in the White House and could contain personal data on the president and vice-president and their families.

It is confirmed that it does contain the social security numbers and addresses of people who visited the White House and Secret Service files on presidential protection.

The National Archives and Records Administration said Tuesday in a statement that the agency “takes very seriously the loss of an external hard drive that contained copies of electronic storage tapes from the executive office of the president of the Clinton administration.”

The drive went missing from an Archive repository sometime between October 2008 and March 2009. FBI investigators have not said if it was encrypted or not.

Representative Edolphus Towns, chairman of the House Oversight and Government Reform Committee told Associated Press that investigations were underway to “begin to understand the magnitude of the security breach and all of the steps being taken to recover the lost information.”

"The committee will do everything possible to prevent compromising the integrity of the FBI's criminal investigation while we fulfill our constitutional duty to investigate the compromised security protocols," he said.