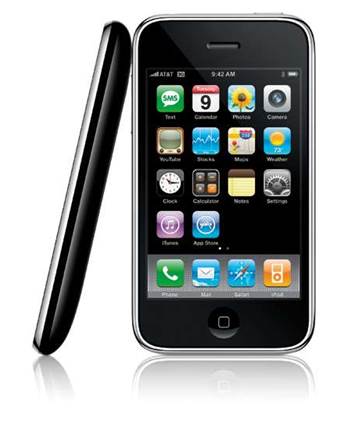 The popular device's success is a two-edged sword for Optus.

Optus will spend AU$1.1 billion on its mobile network in the next twelve months after recording strong growth in mobile subscribers over the past year.

While Optus has delivered parent company SingTel a healthy net profit of AU$583 million (up 5.6 percent) on AU$8.3 billion of revenue (up 7.2 percent) for the year to March 31, the carrier said EBITDA margins would have been 5 percent higher if not for the hit Optus takes when it signs iPhone customers.

Optus' revenue growth was driven by more 3G subscribers and its unlimited national calls plans. It counted 2.58 million 3G customers and 486,000 mobile broadband customers. About 57 percent of subscribers to its iPhone plans were new customers.

"The launch of iPhone contributed to strong customer additions and recontracts but as subscriber acquisition costs were expensed upfront, the iPhone launch had a dilutive impact on margins," the carrier said.

In the last quarter of its financial year, Optus spent $128 million upgrading its 3G network.

In the next financial year, "capital expenditure is estimated to be approximately $1.1 billion, comprising mainly investments in mobile network to expand coverage, and to increase capacity and speed," the company said.

By next March, it expected to have a mobile network for 97 percent of the Australian population - making Optus "the only carrier capable of challenging the incumbent telco's network on coverage and speed".

On the fixed side of the business, Optus' Fusion product of broadband and fixed telephone grew its consumer fixed-line revenues by 10 percent.

But growth on Optus' own fixed line network was "offset by the decline in the resale base as Optus continued its managed exit from unprofitable fixed resale," the company said.

Optus wrote off $8 million due to the Rudd Government's cancellation of the OPEL wireless network contract. But it expected to profit from the $43 billion NBN rollout and review of telecommunications regulation.

SingTel expected Optus to grow revenue and EBITDA at "low single-digit levels" over the coming financial year - driven by mobile and wireless broadband.