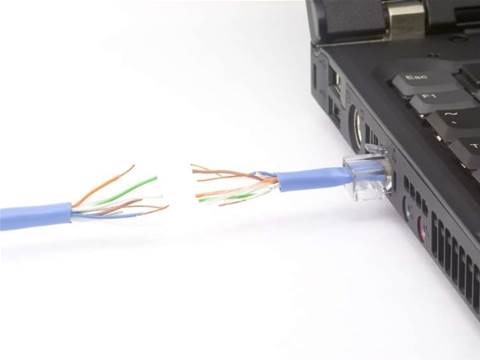 The outage was cited during the Senate Select Committee hearing on the National Broadband Network yesterday in Sydney.

General Counsel for Primus, John Horan, said that on February 18 at 9am, "something happened at Telstra that shut down our ability to interact with the Telstra Wholesale provisioning system".

The broadband reseller was unable to process orders until Telstra's systems were resurrected the next afternoon.

"The explanations we have to hand are insufficient at this stage," Horan told the committee. "We have put through requests for more information."

Primus is likely to make a formal complaint to the Australian Competition and Consumer Commission, treating the "dysfunctional" IT system Telstra "forces" third parties to use as a breach of Telstra's operational separation plan.

"Operational separation has proved a complete farce," Horan said. "There is 10 years of experience to demonstrate that. Last year, Telstra updated 900-plus DSLAMs in less than three months, whereas for us to connect to a single Telstra exchange can take up to two years."

The Primus outage was one of the examples cited at the Senate public hearing that highlighted difficulties accessing Telstra exchanges.

These ISP's are given access to exchanges at late notice making it nearly impossible for the ISP to have qualified technical field staff on-site and ready to work, he said.

Connor said  Telstra is "resting on its laurels" in providing access to exchanges that are often subsidised by the Federal Government's Higher Bandwidth Incentive Scheme.

He said Internode and Netspace are likely operating at a loss in Tasmania.

The anti-Telstra rhetoric stepped up a notch once Optus representatives rose to speak.

"We are strongly of the view that over the last 10 to 15 years Telstra has done all in its power to stall, frustrate and delay the roll-out of broadband in Australia," said Maha Krishnapillai, Optus director of Government and corporate affairs.

"They retain 60 percent-plus margins," he said. "They have a clear interest to prevent moving away from those margins to a competitive broadband market."

It should not be a requirement for Telstra to be involved in the NBN if the best application the carrier could muster up was a "15 page press release", he said.

Horan said the NBN is a "historic opportunity to correct the failings of the past" by building a structurally separated, "no-conflict" access model.

"Our industry has not delivered on our potential," he said. "The industry structure is undeniably flawed. There is no incentive for Telstra to offer equal and open access."

"Primus implores the Government not to waste this opportunity."