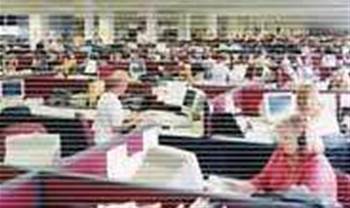 A new survey has found that strong demand remains for those Australian ICT workers willing to take on less exciting, operational jobs.

The latest quarterly Clarius Skills Index for the December 2008 quarter found that while the overall market for ICT jobs has declined fractionally, demand still outstrips supply by some 8,000 jobs.

"Since the previous quarter, we have seen a reduction in supply to fill permanent positions," said David Stewart, CEO of Candle ICT, the ICT recruitment arm of Clarius.

"But we have also seen an increase in the number of skilled IT personnel seeking new positions, including high quality candidates, particularly project and program managers and testers."

Those ICT workers looking for jobs "tend to be professionals that have been let go," Stewart said. They don't tend to want to re-skill and abandon their areas of expertise, he said, and won't settle for less interesting positions that need be filled.

Contractors are also competing with displaced staff by seeking the security of full-time positions, he said.

Such employment is scarcely available, especially in Canberra, where a mandate to reduce contractors was recommended as part of the Gershon report.

Those full-time positions that are still available tend to be a little less exciting - mostly infrastructure-related, filling out the higher churn rates among maintenance, help desk and system administrator roles.

The only hot areas for projects are around business analytics, he said.

There is strong demand for ICT workers with CRM, business intelligence or data warehousing skills, as organisations look to review their business to do more with less.

Stewart said employees with skills around SAP, Cisco, Microsoft SharePoint, and those with business analytic skills will find themselves in the most demand.