iPhone changes on the way? 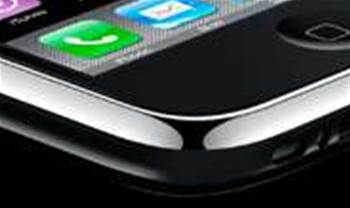 Apple has hinted that iPhone price changes could be on the way, despite confidence in the camp that this quarter will be another healthy one for the firm, according to reports.

A leading analyst is quoted in The Boston Times as saying that chief operating officer Tim Cook – currently standing in for Steve Jobs at the helm – is thinking about how “Apple could take the iPhone into new markets, and examining iPhone’s business model”.

Cook is also said to view netbooks as an interesting opportunity for the firm, although it is unlikely that there are any immediate plans in this area.

Revenue was up from US$7.9bn to US$10.17bn, much better than analyst predictions, although the stats do reveal the firm’s growing reliance on the iPhone and iPod lines.

The firm said it sold 4.4 million iPhones during the quarter, up 88 per cent.

Despite the bullish financials, there has been anxiety among shareholders around the of talismanic chief executive Steve Jobs.

Jobs is currently recovering from a ‘hormone imbalance’ and is due back at work in June.

Got a news tip for our journalists? Share it with us anonymously here.
Copyright ©v3.co.uk
Tags:
analystchangeschiefcookfirmhardwareiphone