ISPs turn to e-business for growth 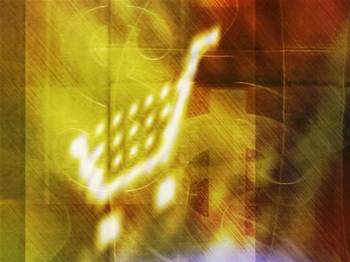 E-commerce is shaping as a growth market for ISPs, with Cove offering a free hosted solution and Netregistry revamping the underlying architecture of its own StoreXpress product.

For a one-off fee of $2, it provides 150MB of disk space, a .Cove sub-domain, and the Fantastico PHP script library, which includes the open-source content management system Joomla, Zencart shopping cart software, and online shopping program osCommerce, according to Cheyne Jonstone, national sales manager at Cove.

"A customer called and said they'd love to start a small business but didn't have much spare cash and asked me how to go about it," Jonstone said.

"I said I'd give them a free hosting account and it started from there. We thought there may be other people in a similar situation, so what better way to get them started than with a free hosted package."

Jonstone said Cove had seen 300 people sign up for the service, but had the capacity for hundreds more.

"Obviously we hope they stay with us and pay for a package should they outgrow this [product]," Jonstone said.

Cove is not alone in recognising the market opportunity. Netregistry has revamped the underlying e-commerce architecture for its own offering, StoreXpress.

It will now use ePages as its e-commerce platform, replacing xCart. The company has three offerings, starting at $59.95 per month for an entry-level system.

"xCart was a single one-off cost for the SMB so while it's possible ePages will be more pricey over a couple of years, I think that's outweighed by the benefits of the new functionality," Bloch said.

"To many businesses it makes more sense to pay a monthly fee rather than forking out x hundred dollars upfront for technology you think you want."

And he said one of the advantages of ePages is its links to the likes of Australia Post and eBay. This enables the store operator to gain a competitive advantage by being able to quote accurate freight costs based on number of items and shipping address, Bloch said.

"That's one of the things xCart doesn't have," he said.

Existing xCart users will still be supported and Netregistry will not force them onto the ePages architecture, according to Bloch.

He also said that Netregistry would try to integrate a hosted accounting package with StoreXpress in the future that would allow transactions to pass directly from the cart into the general ledger in real time.

"Our customers are domain name buyers - it's ultimately the first decision they make," Bloch said.

"We've got a ringside seat at the genesis of new businesses in Australia and it's a cradle-to-grave relationship that we seek to leverage and grow with them."

Netregistry's channel will also win from the ePages deal, with the firm offering a 75 per cent discount on the retail price to partners.

ePages is distributed in Australia by eCorner.