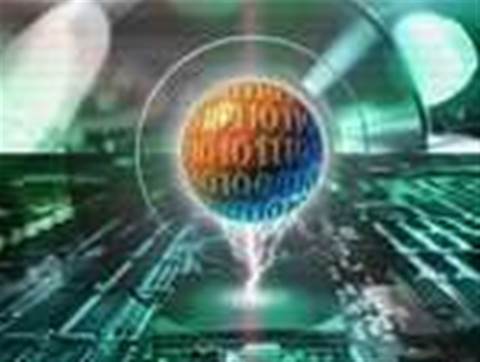 In a year in which cost cutting and environmental responsibilities are top priorities, it was of little surprise that growth in the server virtualisation market was the analyst's No. 1 prediction.

The analyst also had high hopes for desktop virtualisation - confident that with the right technical updates, vendors will overcome some "recognised technology limitations".

He said buyers will seek lower prices and interoperable systems from such systems.

On the services side, Gartner predicted that some one in three of today's largest business process outsourcing providers will have gone belly up by 2012 due to their exposure to loss-making contracts.

Gartner warned CIOs to study their outsourced partners carefully - especially those with exposure to the financial services sector, those that can't boast any major new wins through 2010 and those with unprofitable portfolios or lack of capital.

On networks, Gartner predicted that online video and sensor network content will hog most network traffic by 2012.

And it predicted that wireless network providers will no longer offer flat-rate or unlimited plans by the end of next year.

Users of data-hungry devices such as the iPhone are already testing the capacity of these networks, Prentice said, leading to bandwidth issues and customer churn.

These limitations will drive demand for 4G technologies such as Long-Term Evolution Advanced and WiMAX, he said.

Gartner said that a third of mobile computers sold by 2012 will be sub-$US300 Netbooks - priced for developing countries and with features suited for telecommunications carriers to become a major distribution channel.

Gartner's No. 2 prediction was for a third of consulting and integration revenue to be delivered through the "cloud" - in stark contrast to a presentation made later in the day by Gartner analyst Andy Rowsell-Jones who predicted that software as a service "is not going to happen" this year for enterprise customers.

Gartner's Top 10 predictions for this year

1. The server virtualisation software market will grow with a CAGR of 28 percent through 2013, rising from $US1.8 billion to $US6.2 billion.
2. By 2011, 30 per cent of consulting and systems integration revenue will be delivered via the cloud
3. By 2012, as many as a third of the top 20 business process outsourcing providers will fold.
4. By 2012, successful enterprises will encourage and reward more business process failures in order to find the optimal approach they want more quickly
5. In 2012, the major PC vendors will recycle only one PC for every five they ship
6. By 2012, 30 percent of mobile PCs sold in the worldwide consumer market will be priced at less than US$300
7. By the end of 2013, 40 percent of enterprise knowledge workers will have abandoned or removed their Deskphone
8. By the end of 2010, wireless operators will cease to offer unlimited (flat-rate) mobile data plans
9. By the end of 2012, physical sensors will create 20 percent of non-video Internet traffic
10. By the end of 2012, video telepresence will replace 2.1 million airline seats a year at an annual cost to the travel and hospitality industry of $US3.5 billion.