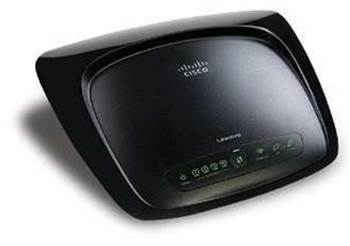 The rapid growth of rich media in the personal and enterprise arenas means that IT networks need to evolve if they are to cope with the growing deluge of information, according to Cisco.

David Hsieh, vice president of emerging technology at Cisco, said that media such as video cannot offer the predictability around quality of service because of the way networks are currently architected.

Hsieh predicted the emergence of a 'medianet' optimised for handling resource-heavy content by understanding the type of data and its content, and adapting accordingly.

"Networks are undergoing the biggest change they have seen in over a decade, " he said. "We will struggle to overcome the challenges of video unless the network can become more aware of the data flowing through it."

Video currently accounts for just seven per cent of the network traffic in an average organisation, but it is growing by as much as 50 per cent per year and will soon account for a significant amount of the data flowing through a company's IT infrastructure.

Hsieh explained that three changes are needed to bring the 'medianet' to fruition. The first is that networks need to become "media aware", meaning they need to be able to deal not just with individual packets, but the entire stream that makes up a video to ensure that artefacts, jitters and lag are cut to a minimum.

Secondly, the network needs to become end-point aware. By understanding the types of devices displaying the media content, the network can more easily shape the traffic to best suit that device and scale the content in real time.

For instance, a large high-definition TV connected to a high bandwidth line is a very different environment to a mobile device on a mobile network, even though they may be accessing the same content.

Lastly, networks need to become aware of themselves, understanding real-time limitations in order to adapt to changing loads and other factors affecting its capabilities.

Unlike most other kinds of data, media - and video in particular - relies far more on synchronisation. Hsieh pointed out that video conferencing, for example, does not just involve the video.

It has an audio stream and often a presentation stream as well, all of which have to be delivered at exactly the same time and with as few errors as possible.

Some of these challenges can be addressed through software at the end point, but ultimately the best way of overcoming these hurdles is through the network topology.

Hsieh's team is working on appliances that can help integrate these types of functionality into the network, but reckons that over time they will be embedded increasingly in all network devices.

Got a news tip for our journalists? Share it with us anonymously here.
Copyright ©v3.co.uk
Tags:
awarebecomecontentmedianetworknetworkingvideo