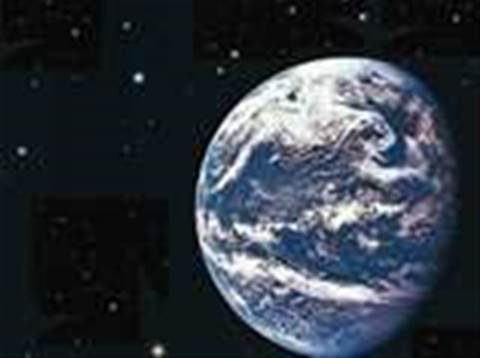 Australian researchers will join their counterparts from 13 countries to demonstrate a way of generating cosmic radio images up to 100 times clearer than is possible from the best optical telescopes.

The demonstration, to be broadcast live at the opening ceremony for the International Year of Astronomy in Paris, France, will involve 17 radio telescopes across the world linked via high-speed research networks, including Australia’s AARNet.

Researchers will conduct an electronic Very Long Baseline Interferometry (e-VLBI) observation where they track three extra-galactic objects as they rise and set with the rotation of the earth.

e-VLBI is a technique by which widely separated radio telescopes observe the same region of sky simultaneously and data from each telescope is sampled and sent to a central processor via high speed communication networks operating in real-time.

Australia is contributing data from three radio telescopes to the project - Mount Pleasant in Hobart, CSIRO’s Australia Telescope Compact Array (ATCA) near Narrabri and Mopra near Coonabarabran in NSW.

Data from the three Australian telescopes will be transferred over the AARNet3 network to the correlator at the Joint Institute for VLBI in Europe (JIVE) in the Netherlands using SXTransport, CENIC, CANARIE and SURFNet6 international links.

The data will be processed in real-time with the results streaming live at the opening ceremony in Paris, according to Tasso Tzioumis, a research scientist at the CSIRO.

“By using widely separated points of observation, e-VLBI technology can generate images of cosmic radio sources with up to one hundred times better resolution than images from the best optical telescopes,” said Tzioumis.

“Australia is a key partner in e-VLBI observations as our distance from other points of observation allows for a clearer and more detailed image.”

He continued: “AARNet allows Australian researchers to collaborate with the international research community.

Without the high speed network provided by AARNet, we would not be able to transmit the data needed to produce significant research findings.”

AARNet said the network infrastructure used by researchers for these experiments ‘is over 1,000 times faster than what is typically available for Australian ADSL2+ broadband users’.

Real-time data analysis allows simultaneous correlation between researchers and provides them with immediate information on whether an experiment is working or not, said AARNet.

With a high speed network, observations can be co-ordinated in significantly less time than five years ago, when a single observation with four telescopes could take months to arrange, the network operator said.
Got a news tip for our journalists? Share it with us anonymously here.