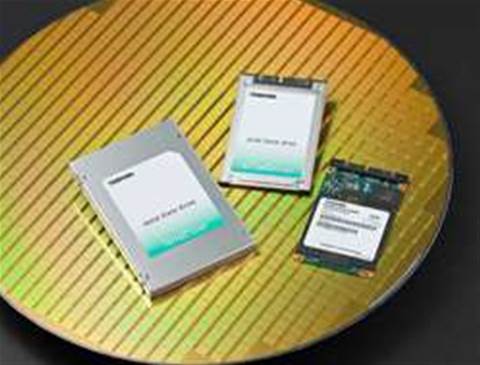 Toshiba has unveiled the world's first 2.5in 512GB solid state drive (SSD), designed to provide a high level of performance and endurance for use in notebook computers, and gaming and home entertainment systems.

The company also unveiled a broad family of SSDs based on its 43nm Nand chips, offering capacities of 64GB, 128GB and 256GB in 1.8in or 2.5in enclosures or as SSD Flash Modules.

"This new 43nm SSD family balances value and performance characteristics for its targeted consumer applications through use of MLC Nand and an advanced controller architecture."

Toshiba reckons that SSDs will begin to gain significant traction in the market in 2009, growing to approximately 10 per cent of the notebook market by 2010 and 25 per cent by 2012.

Pricing for the new drives is yet to be confirmed, but samples will be available in the first quarter of 2009. Mass production is expected in the second quarter.
Got a news tip for our journalists? Share it with us anonymously here.
Copyright ©v3.co.uk
Tags:
drive drives market performance solid ssd storage