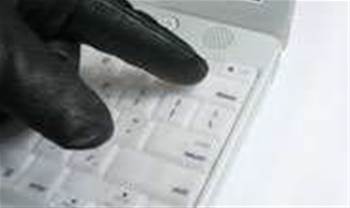 The scale and sophistication of IT security threats increased at an unprecedented rate during 2008, according to a series of end-of-year research studies published last week.

Anti-virus vendor Kaspersky Lab said that 15 million new forms of malware will have been detected by the end of this year ­ up from just two million in 2007.

IBM said data from its 3,700 managed security services customers worldwide showed that the number of security events rose from 1.8 billion to 2.5 billion per day over the past four months alone.

And security firm F-Secure said the level of malware detections trebled over the year to equal the total amount accumulated over the previous 21 years.

“It would be no surprise if the cyber-crime business [in 2008] was worth not less than US$100bn, said Kaspersky Lab chief executive Eugene Kaspersky. “Unfortunately, the anti-malware industry is in a panic. It has finally recognised that it needs to invest more in technology.”

Kaspersky estimated that there are “tens of thousands of people in the cyber-crime business”, and that security vendors are engaging in technical espionage and battling with each other to recruit the best engineers to keep up.

Mikko Hyppönen, chief research officer at F-Secure, said online crime is now more prevalent and more professional than ever before, and put the blame on the inability of national and international authorities to catch, prosecute and sentence computer criminals.

“The bottom line is that too few of the perpetrators of internet crime are either caught or punished,” he said. “If no action is taken it sends the message to these criminals that internet crime is an easy way to make a lot of money and they will never be caught or punished.”
Got a news tip for our journalists? Share it with us anonymously here.
Copyright © 2010 Computing
Tags:
becomingcomputermoresecuritysophisticatedthreats