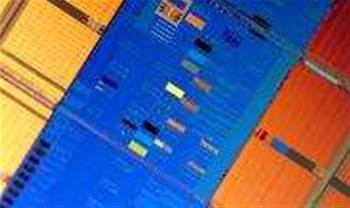 Details have emerged of a future 32nm Intel chip for netbook-style devices that will merge the processor and chipset into a system-on-a-chip (SoC) component.

Codenamed Medfield, the processor is expected sometime in 2010, and will be preceded by Pineview, another future netbook processor due in 2009.

The information originated from a roadmap in a report published by UBS Securities in the US, and has been seized on by various technology newswires. An Intel spokesperson told vnunet.com that Medfield is an Intel codename, but declined to give any further details.

According to the reports, Medfield will integrate virtually all of the functions of a PC onto a single chip, including the memory controller, I/O and graphics accelerator. It will also be available in dual-core and single-core versions.

Pineview is also expected to ship as a high integration SoC, but will be built from a 45nm process, the same as Intel's current Atom processor that powers the majority of the netbook models now on the market.

Got a news tip for our journalists? Share it with us anonymously here.
Copyright ©v3.co.uk
Tags:
32nmfuturehardwareintelmedfieldnetbookprocessor