How Telstra proposes to cut noise on the NBN 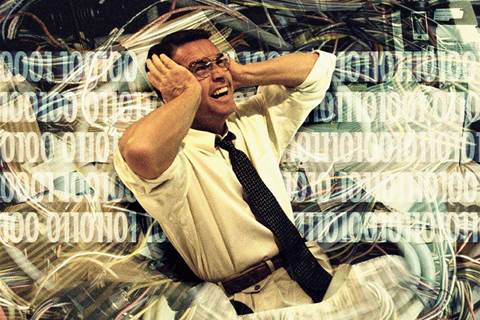 Telstra claims it has focused much of the engineering attention for its NBN proposal on mitigating noise and cross-talk between the node and customer premise.

The telco’s tech guru and CTO, Hugh Bradlow, told journalists yesterday that reducing end-to-end noise was critical to running the mix of triple-play applications and services it expects will operate on an NBN.

“People are highly intolerant of noise in video,” said Bradlow.

“Each time a neighbour introduces noise, it drops the line speed down, potentially to a point below the threshold of what’s needed to maintain a video signal, making the video unwatchable.

“We’ve done a tremendous amount of work on how we can ameliorate noise and we’ve costed that into the design of the network,” explained Bradlow.

Also costed into the Telstra NBN build is the remediation of its copper to get rid of bridge taps, support systems, a central filter and work on ‘mitigating sources of noise that have nothing to do with broadband customers’, according to Bradlow.

Bridge taps are unused pairs from previous extensions or line disconnections. In video networks, they are known to introduce ‘ghosting’ to the display.

The major challenge for whoever is chosen to build the NBN will be finding ways to reduce interference both within the customer premise and also around it.

“Those are things we’d do as an NBN provider,” said Bradlow.

“If you don’t you end up with a sub optimal network or the access seeker has to go and spend a lot of money to try and ameliorate [the effects of noise].”

“Understanding what modems are in each home and how they are configured are all important things to understand if we get into noise interjection on the network.

“Other things to consider are how does a neighbour turning on a welder affect noise on the rest of the network?” Winn said.

Bradlow told journalists that another way Telstra was trying to manage interference and cross-talk was by using dynamic spectrum management (DSM).

However, he used this as a reason to dismiss the idea of sub-loop unbundling (SLU) – a proposal that has been on the table for some time that Telstra said would allow ‘another party to gain access to and take control of Telstra’s copper at almost any point of their choosing’.

“You can only do dynamic spectrum management if one node has complete control of that bundle of lines,” said Bradlow.

Both Bradlow and Winn also argued SLU would degrade an NBN because it introduces the potential for more mistakes – for example, duplicate connections of access seekers to the fibre.

“Sub loop unbundling is the dumbest, most stupid thing I’ve heard of, except to a regulator,” said Winn bluntly.

“Ask any engineer – if you go down that path you’re going to destroy the integrity of the network. You can do it but you’ll have to live with the results.”

Earlier, Telstra said that under its proposal it would also be possible for the retail service provider and/or consumer to allocate and prioritise NBN bandwidth in the home or business based on how they wanted to use it.

A demo machine with approximately 20Mbps throughput was shown with a 10Mbps allocation streaming IPTV to a wall-mounted LCD-TV; the remaining bandwidth was distributed among other home activities like web browsing.