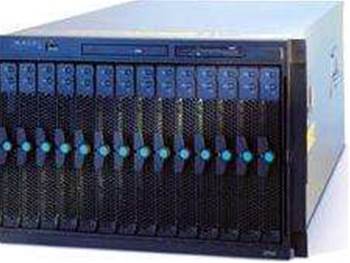 HP has unveiled new products designed to improve performance in virtual server environments, including a network connection module to boost bandwidth and an accompanying server blade.

"In a virtual environment, you need to dedicate some network bandwidth to particular virtual machines, and this can prove difficult if your server has just two NICs," explained Phil McLean, industry standard server business development manager at HP.

This solution enables administrators to dedicate bandwidth at the server level, without having to expand the number of switch ports.

The BL495c itself is "built for virtual workloads", according to HP, with capacity for up to 64Gb of memory, twice that of other HP blades, McLean said.

For firms that do not have blade server infrastructure, HP has also introduced the ProLiant DL385 G5p, which can fit up to 128Gb of memory and up to 6TB of storage into a more conventional rack-mount chassis.

HP also said it is supporting VMware, Citrix XenServer and Microsoft Hyper-V environments with all the new products, while virtualisation specialist Parallels announced separately that it supports the Flex-10 10Gb Ethernet module and HP ProLiant BL495c with its Parallels Virtuozzo Containers software.
Got a news tip for our journalists? Share it with us anonymously here.
Copyright ©v3.co.uk
Tags:
bladeethernethpmodulenetworkingservervirtual