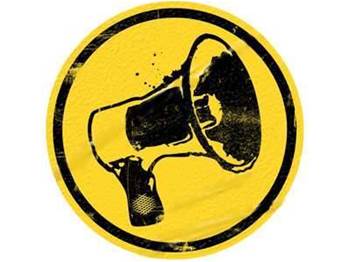 The Internet could be the key to engaging young Australians who have turned their backs on traditional political processes, researchers say.

According to a study conducted by the Whitlam Institute, young people are more likely to exercise their democratic voice by blogging rather than enrolling to vote.

The researchers suggest that young Australians are not apathetic, but could feel alienated and marginalised by traditional, institutionalised politics.

“It is clear that young people want to 'make a difference'; the emphasis for this is reinforced by other findings,” said Eric Sidoti, who is the Director of the Whitlam Institute.

“The review finds that for young people, there's been a generational shift in Australian politics … It's no longer about political loyalties, it's about political choice.”

Sidoti explained that young Australians tend to be distrustful of politicians, and malcontent about the hierarchies in traditional institutions of democracy.

Current civic education programs may therefore be counter-productive in cases where students have little or no control over the processes and outcomes, he said.

Meanwhile, the relatively open platform of the Internet has been found to be far more popular with young, politically-minded Australians.

Sidoti named the not-for-profit Web site, ActNow, as an example of a site that allows young people to mobilise online around issues that concern them.

Other sites such as TheyWorkForYou.com and OpenAustralia.org have emerged as a means of holding elected politicians to account.

Also, during the lead up to the 2007 election, several Web sites emerged to compare candidates on issues -- including GetUp, which allowed voters to print their own how-to-vote cards according to the issues that were important to them.

“I'm no soothsayer but clearly the Internet is having an increasingly significant role to play,” Sidoti told iTnews. “It allows for far more voices to directly enter the public sphere.”

“There is a wide range of views online, covering all political persuasions,” he said. “The low cost of online publishing allows smaller groups/parties to compete with larger and better resourced organisations.”

Sidoti highlighted the difference between traditional Web sites and blogs, which allow politicians to engage directly with the online community through Web 2.0-enabled comments.

He noted that politicians so far have been entering the blogosphere cautiously, led by Democrats Senator Andrew Bartlett and the Greens’ party blog.

Sidoti lamented a lack of research about how young Australians engage in the nation’s democratic process.

The project, titled ‘Young People Imaging a New Democracy’, is expected to help fill that void and produce a clearer view of the kind of democracy young Australians want.
Got a news tip for our journalists? Share it with us anonymously here.