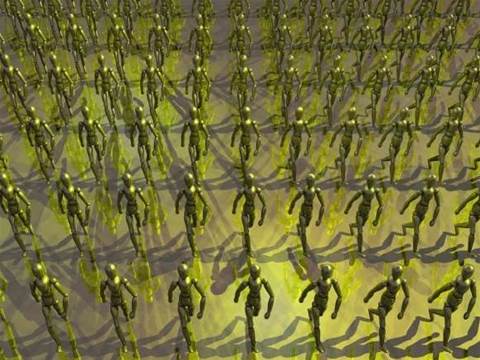 Intel’s chief technology officer has predicted that humans will create computers smarter than themselves within the next forty years.

Speaking at the final keynote of the Intel Developer Forum Intel’s chief technology officer Justin Ratner said that the company, currently celebrating its 40th anniversary, would create true artificial intelligence in the next forty.

“It’s in that future that machines from Intel will surpass human intelligence,” he said.

“And progress in next hundred years will be more like the progress of last 20,000 years of human history because of technology.”

However, there were significant problems ahead in both the short and long term and he outlined some of the solutions Intel was researching.

“CMOS will be the platform [of the processor] and then we’ll have other things on top of that.”

These would involve a possible switch from binary logic systems once quantum computers came online.

Besides from the processors Intel was also working on signalling. Ratner demonstrated a photonic system that has a laser built onto a silicon chip sending data at 3.2 GBps down optical cable.

Intel scientists were working on a chip that had 20 such lasers, capable of data rates of up to 1 TBps.

Power will also be an issue. Ratner demonstrated how power could be beamed to a device wirelessly, albeit with a 25 per cent loss from just a few feet. He envisioned offices without power cables and possibly the abolition of the battery.

Jan Rabaey, the Donald O. Pederson Distinguished Professor in the Department of Electrical Engineering and Computer Sciences at the University of California at Berkeley and Ratner then discussed how wireless devices could be improved.
Two techniques were suggested; cognitive radio and collaboration.

Cognitive radio would analyse the spectrum and switch to the best available option. This would lead to the freeing up of large amounts of spectrum for mobile connectivity.

Meanwhile wireless devices would also have to learn to work in concert in the future.

“Wireless radios don’t work together, in fact they fight each other,” Rabaey said.

“If they could work together the system is more efficient and you’d save energy. The FCC is looking actively at experiments in this space.”

Got a news tip for our journalists? Share it with us anonymously here.
Copyright ©v3.co.uk
Tags:
ai forty hardware intel predicts within years