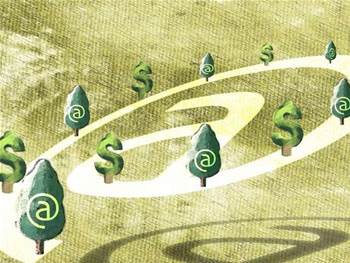 Dell said that it is now completely carbon neutral.

The company announced that it had reached the milestone some five months ahead of schedule.

Dell announced in 2007 that it was committing to going carbon neutral by the end of 2008, processing as much CO2 as it generated in its business activities.

The move is part of a larger environmental effort by Dell to become the 'greenest' company in the technology sector.

The company credits its zero-carbon status to a combination of reduced power, alternative energy sources and reforestation projects. Earlier this year, the company announced that its main headquarters had switched entirely to power from renewable energy sources.

Dell estimates that in addition to the reduced carbon emissions, it has been able to save some $3 million in reduced power costs.

"This includes setting new standards for energy efficiency and green power, delivering environmental and cost savings for customers and aligning key growth priorities with our focus on preserving our shared Earth."

The company is also pushing its green programs to consumers and enterprises. The company offers users the ability to fund reforestation projects through its "plant a tree for me" program.

Dell also plans to cut the power consumption of its PCs by some 25 per cent over the next two years.
Got a news tip for our journalists? Share it with us anonymously here.
Copyright ©v3.co.uk
Tags:
carbondellgoesneutralstrategy