Digital radio is coming in 2009 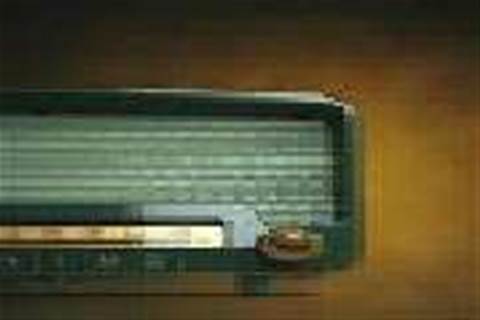 Digital radio is coming to Australia. The technology will allow broadcasters to offer a range of features, such as rewind and pause functionality and multi-channelling.

Free-to-air digital radio broadcasts will commence in Sydney, Melbourne, Brisbane, Adelaide and Perth early next year. Trials are already underway in Sydney, which are being conducted by all the major commercial radio broadcasters as well as the ABC and SBS.

According to Joan Warner, the CEO of Commercial Radio Australia [CRA], which is the peak body representing 98 percent of Australia's commercial radio broadcasters, this collaboration demonstrates that the industry is eager to for digital radio.

“The entire radio industry supports the rollout of the digital radio over the next few years. It is the natural evolution for radio in a time when the industry is being challenged by new platforms and technologies,” she says.

All digital radio broadcasts in Australia will be free-to-air, and are to be simulcast with existing analogue transmissions by the major radio stations. There are no plans to cease transmission of analogue radio signals in the near future.

Although transmissions will be free-to-air, listeners will need to buy a radio with a digital receiver to benefit. These will be on sale during the Christmas 2008 period in all major appliance stores, and are predicted to cost between $80 and $250. Adaptor kits for car radios, iPods and possibly mobile phones are expected to follow.

The most obvious application for the enhanced functionality of digital radio is that radios will be able to display title and artist information in real-time.

Digital radio also allows the broadcasting of images and animation, although broadcasters will be prohibited from providing video under the legislation to avoid competition with television networks.

Tuning a digital radio is also a breeze, as users can simply select a radio station from a list instead of fiddling with a dial.

The Australian digital radio service will use the newly-developed Digital Audio Broadcasting Plus [DAB+] system, which is an enhanced version of the existing DAB technology currently used in some countries such as the UK.

“DAB+ is a much more spectrum efficient means of broadcasting than the older DAB system,” Warner explains. “Using DAB+ broadcasters can do more with less spectrum.”

The down side is that digital radios imported from overseas which have been designed for use with the DAB system will not work in Australia. New Zealand and several European and Asian countries
are also rolling out a DAB+ system, though, and radios will be interoperable between these markets.

Vendors Rohde and Schwarz, Factum, the United Group and Kordia were selected this week to begin construction of the required digital radio infrastructure.

The costs of the infrastructure roll-out will be borne by the major radio broadcasters, who have formed a consortium represented by the peak body Digital Radio Broadcasting Australia [DRBA]. In return, the Federal Government has introduced legislation enforcing a six-year moratorium on new entrants to the digital radio market starting from the commencement of the service.

Warner says broadcasters will also have to bear the costs of broadcasting both a digital and analog signal. “[But] just broadcasting using digital technology alone would be a slightly less expensive mode of broadcast,” she says.

Warner estimates that 98 percent of Australians listen to the radio, so there's undoubtedly a large potential market for digital radio.

But the costs of providing digital radio services has already caused at least one radio network to scale back its operations. For example, earlier this year UK station GCAP shut down 2 national DAB stations, citing unprofitability.

DRBA counters that the decision was simply part of a wider cost-cutting effort, noting that GCAP also shut down 3 FM stations and 23 AM stations at the same time, and has kept 25 local DAP ensembles on air.

Stations which will be switching to digital include NOVA, Vega, 2GB, 2CH, 2DAY, Triple M, 2KY, 2SM, WSFM, MIX, 2UE, ABC Classic FM, DIG, SBS One and SBS Two.
Got a news tip for our journalists? Share it with us anonymously here.