The technologist's guide to the near future 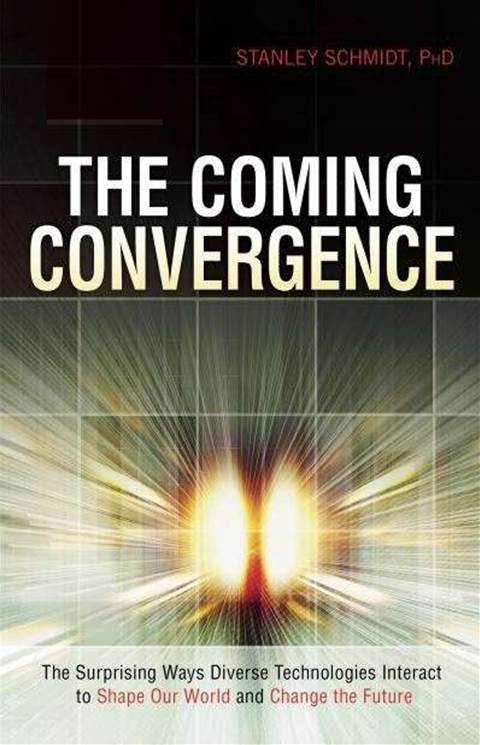 Technological convergence has shaped many aspects of today’s world, from the creation of medical technologies to devastating events like 9/11, according to U.S. physicist and science fiction author Stanley Schmidt.

In his newly-released non-fiction book titled The Coming Convergence, Schmidt investigates how today’s rapid pace of innovation will produce technologies that could either greatly benefit human lives, or lead to an Orwellian dystopia.

Schmidt spoke with iTnews about the book, his expectations, and the approaching technological “singularity” that has been predicted to herald the end of the human era.

What does the title of your book, 'The coming convergence', refer to?

Much of what happens in our world, from lifesaving medical technologies like CAT scans to disasters like the 9/11 World Trade Center attack, results from seemingly unrelated technologies coming together to do things that none of them could do alone.

This has happened in the past, but is now happening faster and producing more dramatic changes in how we live than ever before. The major “streams” now rushing together include biotechnology, information technology, nanotechnology, and cognitive science.

Nobody can say with certainty what it will produce. What we can do -- and must, if we are to reap the huge potential benefits while avoiding the equally great potential dangers -- is to imagine as many of the possible changes as we can, and try to steer our future toward the ones we like.

For just a few examples: We already see a great deal of business moving out of factories and stores into the internet and homes. We can expect this trend to become much more pronounced, and some manufacturing may move into space, or be done by in-home appliances called “synthesizers” that can make and recycle a wide range of goods.

In a best-case scenario, virtually everybody can live a longer, healthier, safer, more independent life than ever before. In a worst -- but just as possible -- case, we could get something much like George Orwell’s 1984, because any would-be Big Brother already has means at his disposal beyond anything Orwell imagined. On the other hand, so does the resistance.

Is there a point of convergence that we are working towards, or are we moving along a continuum? When can we expect to see a world in which the human brain is directly linked to machines?

It’s very difficult to say when or even whether any particular thing will happen, as many converging factors determine that -- as well as what catches on and what doesn’t.

If the right technological and social factors had come together, we might have had holographic television and flying cars by now, but we don’t. On the other hand, we do have the internet, which has already changed the world in ways far beyond any imagined in earlier science fiction.

We don’t know of any endpoint for what’s happening, but some writers, notably Vernor Vinge, have speculated that as different technologies push each other along, the curves of change will grow steeper and steeper, and may eventually reach a “Singularity.”

That’s a condition where change is so fast that civilisation is transformed almost instantly into something so radically different from what we now have that we would find it hard even to recognise.

How has convergence of past technologies shaped today's world and current technological advancements?

A vast amount of the world we live in results from such convergences. In the CAT scan example I mentioned earlier, we have a lifesaving diagnostic technique that depends on the combination of medical understanding, x-ray imaging, and high-speed computers that can work with very large amounts of data.

The 9/11 example resulted from big-building technology and aviation coming together in ways their inventors never anticipated.

And, of course, in most such cases we can’t point to a single person and say, “He invented big buildings” or “She invented airplanes.” Each of these phenomena is itself the result of earlier convergences.

Similarly, the technologies leading current change, such as biotechnology, depend on earlier technologies coming together, as x-ray diffraction, computing, and several other fields did to decipher the structure of DNA and the genetic code.

What is driving today's innovation? What reasons do we have to expect direct communication links between the human brain and machines, for example?

Sometimes it’s commerce, sometimes it’s military, sometimes it’s simply the desire to learn how nature works and what can be done with it. If somebody sees a way to make a profit by doing something new, he or she will. The public will decide whether it succeeds by deciding whether or not to buy it.

Most of the extrapolations I talk about in the book are just that: possibilities that we can see because we’ve already seen their early forms. I’ve already read, for example, news reports of experimental prosthetics being controlled directly by their wearers’ nervous systems. There was even one case of a monkey directly controlling a “robot monkey” located on the other side of the world.

Who is responsible for directing and driving technological advancement? What is your advice to these parties?

Everybody! It might seem that the topics I talk about in The Coming Convergence would be of interest only to techno-geeks, but in reality they’re going to profoundly affect the future lives of every one of us.

So anyone who votes, shops, travels, teaches, raises children, or otherwise participates in our civilization needs to become aware of the possibilities and how he or she can affect which ones become realities.