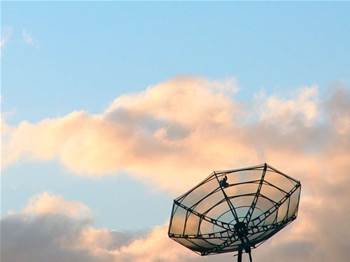 The Australian Defence Force (ADF) has been granted the ability to communicate with defence personnel anywhere on Earth after the Department of Defence (DoD) announced operational capability of a new $1 billion satellite system.

Built in conjunction with the US Department of Defense, the Wideband Global Satellite (WGS) Communications system will provide global network coverage, allowing soldiers in the field access to high-quality battlefield pictures, maps and other intelligence material.

A DoD spokesperson said the new satellite network will operate at speeds in excess of 2.4Gbps, or more than 10 times faster than the existing mixed military and commercial communications system used by the ADF.

“This provides Australia with access to a world-leading communications capability in terms of coverage, operational flexibility and bandwidth,” said Parliamentary Secretary for Defence Procurement, Greg Combet.

The WGS system will consist of six satellites in total. In accordance with a deal set by the previous Howard Government, Australia has invested $927 million to launch one satellite and its associated ground infrastructure, while the US is paying for the other five.

Full operational capability of the six-fleet satellite constellation is expected to be completed by 2013. This will coincide with the DoD’s reduced reliance on the SingTel/Optus C1 satellite which it currently uses.

“The new satellite will augment the capability being provided by the Optus C1 satellite,” said the Defence spokesperson. “It will allow defence to reduce its reliance on commercial leasing as additional satellites are launched.”

When all six satellites are operational, the DoD will have high-speed communications access to ships, aircraft and land forces anywhere around the globe.

In the short-term, the Australian launched satellite will allow the DoD to extend its strategic network out to its Warfighters stationed in the Indian Ocean, said the Defence spokesperson.
Got a news tip for our journalists? Share it with us anonymously here.