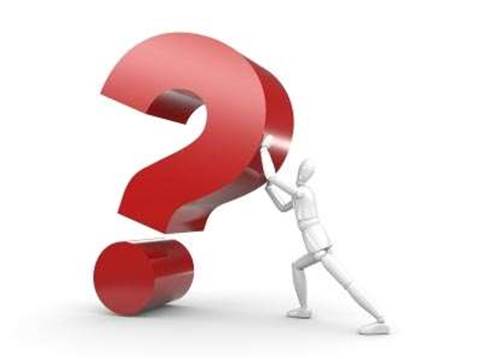 A collective sigh could be heard from the telco industry when the Government finally released a request for proposal (RFP) for its $4.7 billion national broadband network (NBN) on April 11. But far from being a sigh of relief, this was instead the disappointed murmur from an industry once again let down by a Government kowtowing to the dominant telco players.

It was always a certainty that the likes of Telstra and the Optus-led G9 would be first on board any bid to win the lucrative NBN contract, but what of other would-be bidders? The NBN has the potential to open the door for a band of national ISPs or even an overseas investor to step into the ring and wrest control from the usual suspects. However, from the looks of the RFP that seems highly unlikely – not from lack of ambition or want though, but rather because the terms of the RFP appear to have been cobbled together in such a way that it appears only one bidder will be considered – Telstra.

The release of the RFP has made apparent that Telstra is the forerunning bidder, but before the bids are even received, industry concerns may force the whole process flat on its backside. One of these concerns is the submission deadline of July 25. With only three months till it ticks over, potential bidders are worried that the lack of available infrastructure information will severely hamper any serious proposals.

“The lack of time is almost criminal,” said Pipe Networks CEO Bevan Slattery at the recent CommsDay Summit in Sydney. “The federal government allows more time for supply tenders for its photocopiers. They are seriously asking companies to design a $16 billion network in 90 days.”

In the RFP’s defence, the time delay wouldn’t be such an issue if all the broadband infrastructure information (such as cable locations, Node locations, distribution networks and so on), were freely available as Communications Minister Stephen Conroy demanded in March. It also wouldn’t be such a problem if, like Telstra, you already owned that information.

“Telstra have said that they have been working on their bid for three years,” says iiNet chief regulatory officer, Steve Dalby. “They have access to all the network information. No other company has this information, yet the countdown clock for the bid process has started. Clearly there is discrimination which can only result in one party being unfairly advantaged.”

This secret network information is key in putting together a compliant proposal and if local players are already this deeply concerned about it, international investors who might lack the same local nous may as well throw in the towel now.

The next striking inadequacy of the RFP is the money issue. In order to submit a proposal, would-be bidders must cough up a $5 million non-fundable bond. That is, of course, after putting together a watertight legal proposal that Deutsche Telekom has estimated could cost $50 million. This will no doubt put a dampener on Optus’s ambitions after it already squandered millions in its failed OPEL plans. I for one wouldn’t want to be in Optus CEO Paul O’Sullivan’s shoes when he asks for that pocket change in light of the $30 million that got washed away alongside OPEL’s abortive broadband plans.

Perhaps most worrying of all though, is the loose regulatory framework that has been erected around the terms of the RFP. For example, the ACCC’s role has been all but washed-over in non-specific terms. Conroy has said the government has deliberately avoided nailing down too many details around the future regulatory regime in an effort not to hobble potential tenders, but instead it’s just serving to turn away more potential bidders.

“There are no technical specifications, no architecture defined for interconnection, access or service and there is no regulatory framework to govern how different companies must deal with each other in relation to ‘Declared’ services,” says iiNet’s Dalby. “I don’t believe the government intended to create such an ill-defined and uneven process, but the workings of the bureaucracy often do not match the pace of political decision making. In order to achieve an optimum result for Australian consumers, a review of the process shortcomings and a resetting of the timeframes to ensure a good outcome is in order.”

The above reasons have been enough to spark widespread discontent within the telco arena and already there are concerns that potential bidders, including parties from the G9, will boycott the bidding process rather than play patsy and give the bidding process an air of legitimacy. At this stage, Telstra remains the logical choice, whether the Government has already made that decision and its subsequent effects on the future of Australia’s telecommunication landscape remains to be seen.
Got a news tip for our journalists? Share it with us anonymously here.