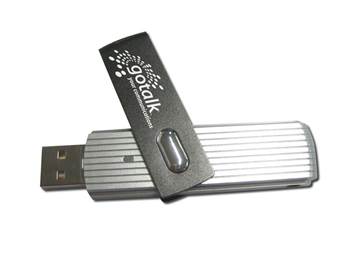 Gotalk CEO Steve Picton said the acquisition will take gotalk further into the prepaid phone card sector. Already gotalk has broad reach in all retail channels with both electronic and physical presence. gotalk products are in Coles, Woolworths, Australia Post, 7-Eleven, BP, Caltex and a number of other leading retailers.

“This acquisition adds to our ability to have the right product for any international caller and will certainly improve our phone card’s unique sales revenue which currently averages around $100 million a year,” said Picton.

World Telecom will further add to gotalk’s ability to have the right product for any international caller, claimed Picton. He added that gotalk will also be taking these brands in to the New Zealand market which is currently experiencing rapid growth.

“CWorld Telecom has been a strong performer and it is our intention to further invest in its core capabilities to allow its management to take it to a new level. For gotalk it is a significant investment in broadening its retailer distribution and we are excited at the incremental opportunities it brings,” he said.

According to Picton, as far as World Telecom customers and retailers are concerned there will be no change as gotalk are also retaining key management and sales staff and World Telecom will continue to operate as an independent group within gotalk.

Picton claimed World Telecom’s cards are available on E-Pay, Touch Terminals and shortly on DialTime, and have strong representation in retail outlets.

“This acquisition adds to gotalk’s prepaid phone card space and also comes off the 2007 acquisition of Telstra’s international phonecards - Say G'Day and Super Buzz. It will also add to the portfolio of cards that cover all the international calling needs of consumers,” he said.

gotalk handles over one billion international call minutes per year, which equates to 20 percent of all Australian outbound international telco traffic, through its own state of the art switching centre, Picton said.
Got a news tip for our journalists? Share it with us anonymously here.