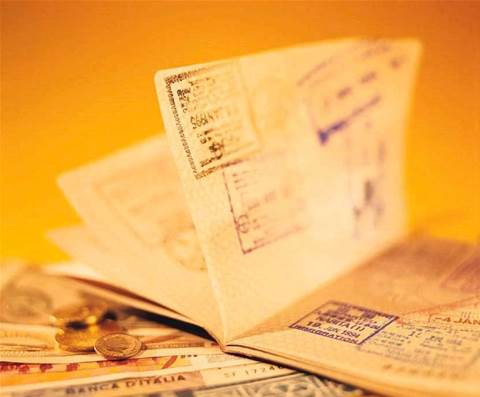 The US Secretary of State, Condoleezza Rice, has apologised and vowed to get to the bottom of what she confirmed were unauthorised accesses of passport files belonging to Presidential hopeful Senator Barack Obama.

In a media briefing on Friday, Rice said reports of an unauthorised access into the passport files of Senator Obama were indeed true. She and her department, the US Department of the State (which processes US Passports and Visas), expressed their concern.

“We will get to the bottom of it and make certain that nothing more was going on. None of us want to have a circumstance in which any American citizen passport file is looked in an unauthorised way,” Rice said.

Over the weekend, US Department of State spokesperson, Sean McCormack, revealed that initial investigations found that the passport files of two other Presidential hopefuls, Senator Hillary Clinton and Senator John McCain, had also been accessed.

“Our search has turned up two [other incidents]. One incident was this past [US] summer where a trainee in the passport office had an unauthorised access of Senator Clinton’s passport file.

“We were training new people to come online to help work through that back log of passports that we had. Usually in these training circumstances people are encouraged to enter a family member’s name. This person chose Senator Clinton’s name,” explained McCormack.

“It was immediately recognised [and] they were immediately admonished and it didn’t happen again.”

During his daily press briefing yesterday, McCormack took the opportunity to reiterate the State Department’s position on the protection of personal data and explained it was a dilemma most organisations are currently dealing with.

“We’re always looking for ways to protect personal data. And again, this is a challenge that not only we here at the State Department have or that the U.S. Government has. This is something that is throughout our society.

“You can look in the paper every single week and find instances where people in the private sector and the public sector are working to improve the safeguards and the systems that we have in place in order to protect personal information," he said.

“I have to tell you that we take very seriously the trust that is put in us in safeguarding American citizens' personal data.”

McCormack said there was a trust relationship when somebody hands over a passport application or any other sort of application to the U.S. Government and that applied not only for notable personalities such as presidential candidates but for every citizen.

The State Department spokesperson is yet to disclose exactly what information was accessed during the breach, refusing to discuss details without the permission of those affected.

Senator Obama said the incident was deeply disturbing and must be diligently and openly investigated.

“One of the things that American people count on in any level of government is that if they have to disclose personal information that it is going to stay personal and private," he said.

"When you have not just one but a series of attempts to tap into people’s personal records that’s a problem not just for me but for how the government is functioning."

Obama said he didn't have any particular concerns regarding the information accessed about him but that the government needed to set clear principals.

According to IDC senior analyst Patick Bihammar, data leakage is considered a very serious threat amongst Australian organisations and was ranked as one of the most serious threats to organisations after malware.
Got a news tip for our journalists? Share it with us anonymously here.