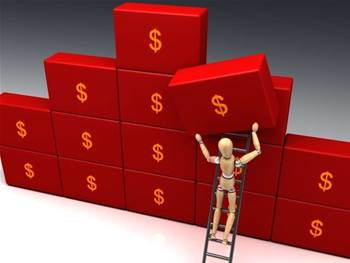 Getting a job in open source development can mean getting a pay-cheque for working on your favourite hobby. But the equation is more complicated than just adding money, according to OpenLogic Director of Community and Partner Programs, Stormy Peters.

"Open source developers work on open source software for a number of reasons; from scratching an itch, to gaining a reputation, to building a resume, to contributing to a good cause. You need to know what the developer's motivation was to begin with and how the company changes that software development model," she said.

A study called, "Why hackers do what they do", found around 40 percent of open source developers are paid contributors.

"Another 10 or 15 percent work on open source software but their manager doesn't know it," Peters said.

Moving from working as a volunteer on an open source project to becoming an employee of a company changes the game, even if the developer is working on exactly the same project, she said.

"The open source development model itself changes. A company paying for that development influences the project, whether you like it or not,” Peters said.

"The open source community is very open - discussions happen on mailing lists or on IRC. In the workplace, decisions are made in meetings that you missed, or at a meeting you weren't invited to because it was for project managers. The problem is that design gets left out. All of a sudden you're not being creative, you're just writing code to spec."

"Open source software isn't yet integrated into how companies do business - the people writing the code need to be involved through the whole process. Companies should be looking at how design discussions evolve in the open source community and take that on board to ensure that programmers are involved in the process,” she said.

Stormy Peters founded and managed HP's open source program and is now the Director of Community and Partner Programs at OpenLogic.
Got a news tip for our journalists? Share it with us anonymously here.