Hardware vendors will follow the money to open source 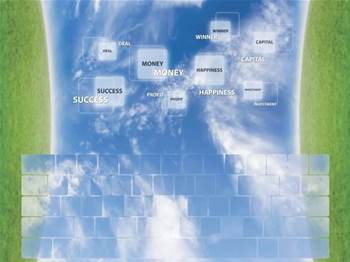 The success of consumer IT products like the ASUS Eee PC will help provide the leverage needed to get hardware vendors on board with open source, according to Dirk Hohndel, Intel’s chief technologist for open source.

He believes the install base of Linux-based desktops could potentially double this year, based just on Eee PC sales..

Advocates seeking to encourage hardware vendors to support open source would need to make a commercial argument, he said.

“Of the top 500 fastest super computers in the world, currently half of them are running on Linux. A third of access points are running Linux.

Open source has made the most inroads in the server market, where Linux-based servers represent roughly a quarter of the total market. But in other segments, such as mobile phones and desktops where open source hasn’t had as much of an impact, vendors were less interested, Hohndel said.

Linux penetration of the desktop environment is currently at around 0.8 percent, but Hondel said consumer behaviour is changing this.

“The Eee PC is expected to hit 3 and a half million in 2008. There’s a single computer that’s going to double this figure this year,” he said.

Hohndel added that advocates of open source can successfully work with hardware vendors to help them create the documentation needed to create open source drivers for their products.

Rather than expecting hardware companies to release documentation - which in reality often doesn’t exist - open source developers can help bridge the gap.

However, he also warned that the prospect of moving from being Windows-centric to supporting over 200 flavours of Linux could sound unnecessarily daunting. Therefore, educating vendors, particularly smaller manufacturers, about what’s actually involved in going open source is essential to combating misunderstandings.

“They don’t understand that once you’re in the upstream kernel you’re ok,” he said.

Hohndel pointed out that companies were also often misinformed about the legal risks of going open source, or were afraid of damaging their reputation. Another concern cited by hardware companies was a fear that their products would be damaged.

“Chips are really fragile. It’s embarrassingly easy to damage silicon. But a desire to prevent damage to hardware and the consequent poor customer experience when using their products could actually motivate vendors to go open source,” he said.

He warned that failure to work with vendors could have bad consequences. Boycotts of open source-unfriendly vendors, or reverse engineering products where the company was hostile to releasing documentation was counterproductive, he said.

“Involving the company is the only way you’ll get them to provide documentation by proxy, manuals or open source drivers,” Hohndel said. "Don't work on your own dime to fix a problem a company is too stupid or arrogant to help with. You have to be very careful of the unintended consequences.”