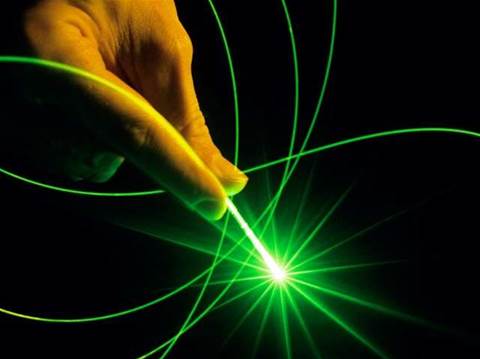 Scientists have discovered "strange-behaving" crystals which they believe could be used in computing applications including hard drives and PC displays..

Mark D. Hollingsworth, associate professor of chemistry at Kansas State University, explained that there are rules governing the behaviour of crystals during phase transitions between different states.

However, newly discovered aperiodic materials that lack a regularly repeating structure do not necessarily obey these rules.

These rule-bending crystals are the focus of an article co-authored by Hollingsworth that appears in the 4 January issue of Science.

These differences could have implications for research and for technology that relies on crystals, from computer displays to hard drives.

Hollingsworth looked at crystals that form a host-guest structure. In this case, urea molecules formed tunnels around nonadecane molecules, making a honeycomb-like structure that takes the form of a double-helix, the shape of DNA.

In periodic host-guest crystals, the host molecules forming the tunnels and the guest molecules inside form a regularly repeating structure. But not so with the rule-breaking aperiodic crystals.

In aperiodic crystals, in which the host and guest structures do not match, the guest molecules protrude from the ends of the crystals, making the surface rough. This makes it easier to attach new molecules to the end of the crystal.

But the researchers found that it "really gets weird" when the crystals undergo transitions from one phase to another.

The researchers observed the crystals at different temperatures above the phase transition. One class of reflections, called satellite reflections, measures the interaction between the guest and host molecules.

The researchers were surprised by what happened when the crystal was cooled to about -190 degrees Fahrenheit.

"Previously, we thought these materials had homogenous phase transitions and that the normal rules concerning symmetry breaking applied to them," Hollingsworth said.

In addition to affecting research, these different rules also could have impacts on technology, he said.

Crystals like the ones featured in the Science article are ferroelastic. That means that the molecules within the crystals reorient when the crystals are squeezed.

The researchers can do this with a small anvil and observe the rotations of large domains in the crystals by viewing the crystal under a microscope.

Closely related ferroelectric materials are important to technology because the domains within these materials can be reoriented with electric fields to allow or prohibit polarised light to pass through. This makes them useful in electronic displays.
Got a news tip for our journalists? Share it with us anonymously here.
Copyright ©v3.co.uk
Tags:
boffins crystal displays hardware look strange to