Siemens to spin out IT solutions division 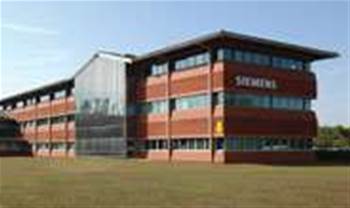 German manufacturing company Siemens has said it will split off its IT Solutions and Services business by 1 July 2010 to form a separate unit.

The move will see a restructure and possible flotation of the struggling division.

In an interview with the Wall Street Journal, CFO Joe Kaeser said: “All options for the unit remain open, including an IPO or a joint venture.”

Analysts also expect restructuring of the business, where a profit margin of 6.3 percent in 2009 was far below expectations of 11 to 15 percent.

The announcement was made with the release of the group's fourth quarter results, which saw a write-down on Siemens 50 per cent stake in Nokia Siemens Networks (NSN) that contributed significantly to its reported €1.98bn loss on equity investments. The company posted a fourth quarter net loss of $1.65bn.


Siemens said this was the result of significant market deterioration resulting from reduced operator spending and tough competition from Chinese vendors. NSN was created in 2007 with Finland's Nokia.

Got a news tip for our journalists? Share it with us anonymously here.
channelweb.co.uk @ 2010 Incisive Media
Tags:
divisionfinancehardwareitoutsiemenssoftwaresolutionsspinstrategyto