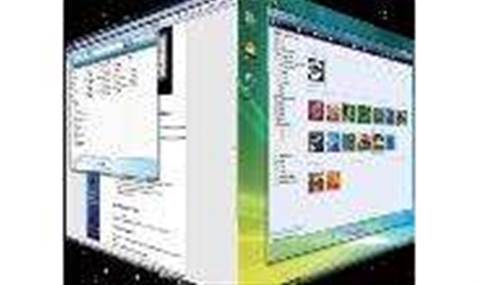 The sheer number of Vista's tools can be overwhelming. We look at some of the best ones.

If Sven Hallauer ever has a moment to reflect in his Redmond office, he can feel quietly pleased with himself.

As the release manager for Vista, he had overall responsibility during the development period for the success of the ‘Most Secure Windows Ever’ project.

For Hallauer, however, the flexibility of the new operating system is just as important as the security features. In particular, Vista is equipped with far better admin tools than previous versions. Previously, administrators were forced to add tools from Resource Kits, but now Vista comes with a lot of tools already on board, as we’ll explain later.

You can tell just by looking at the increased minimum hardware requirements that there’s a lot more in the new version of Windows. It used to be possible to keep an installation of Windows 95 under 200MB, but Vista requires 40 times more hard disk space. Even in comparison to Windows XP, Vista needs five times more space.

However, some are extras reserved for those who’ve bought the most expensive version of Vista ­ Ultimate. At the moment, there are only a few Ultimate Extras available, but more are to follow, and they will be released via Windows Update. Currently, Ultimate Extras include fun items such as the poker game Hold’em and Dream Scene, which allows you to use videos as a desktop background.

There are also some useful programs, such as the Bitlocker Drive Preparation tool, which provides an easy way through the complicated task of repartitioning the hard disk for encryption using Bitlocker. The tool creates a new partition to which it migrates the boot files, and then marks the new partition as active. The Bitlocker password and a backup copy of the EFS restoration certificates can then be saved using Secure Online Key Backup ­ but only if the computer is fitted with a Trusted Platform Module (TPM) chip.

Windows Vista contains comprehensive new recovery functions, which are already on the installation DVD. Whereas previously there was nothing beyond the recovery console, now there’s an automatic repair function for damaged hard disks, utilities for memory tests and tools for complete restoration of hard disk images. You can read more about these recovery tools on the second attached PDF.

Vista tools for everyone

Microsoft’s download area has tools for all Vista users ­ from a Virtual Machine to deployment tools and a new command prompt. Microsoft isn’t the only source of useful utilities for Vista. The open-source community has made sure that numerous applications are ready for Microsoft’s new operating system. These include the Filezilla FTP client, the Gimp photo editor, Nvu web editor, Firefox and Thunderbird. You’ll find some of the best on this month’s cover disc.

During Vista’s development, Microsoft acquired numerous firms, just so that their products and technologies could be incorporated in the new operating system.

A default installation of Vista needs almost 8GB of storage ­ part of which is a collection of useful tools buried deep in the system.

They’re not secret, just hard to find and almost undocumented. We’re not talking about prominent new programs such as Windows Defender or the Photo Gallery here. We’ve looked more deeply into the system and come up with a list of some hidden treasures; knowing about them, and how to use them, could save the day.
Got a news tip for our journalists? Share it with us anonymously here.
channelweb.co.uk @ 2010 Incisive Media
Tags:
hidden software tools vista