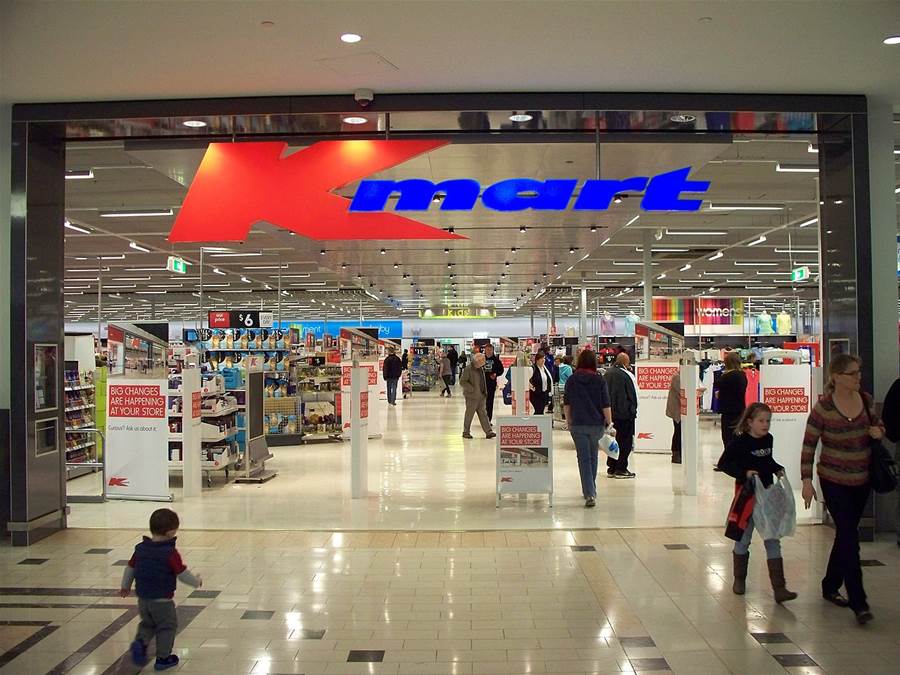 In the early 2010s Australian retailers were given constant warnings that unless they stepped up their ecommerce offerings, Amazon would come and eat their revenue.

Amazon did finally launch a local retail service in December 2017, and so far, it has not brought on the retail Armageddon that some feared.

But it turns out those retailers who heeded the warnings did themselves an enormous service anyway.

Whether their actions were driven by a desire to protect themselves from Jeff Bezos’ behemoth, or in response to the simple realisation that customers were demanding better digital experiences anyway, those retailers that built up their digital fitness through the 2010s found themselves better equipped to deal with a crisis that no one saw coming – the Covid-19 pandemic.

Despite the retail shut down, the news from 2020 was by no means all bad, especially given the somewhat lacklustre performance of the sector before then.

According to data from the Australian Bureau of Statistics, by November 2020 monthly retail turnover had risen by 13.2 percent through the year, having hovered between two percent and three percent in the year prior.

The 2020 figures were incredibly volatile however, and included a massive decline of 17.4 percent in April, followed by an equally astounding rebound of 16.6 per cent in June.

The story of retail in 2020 is one of two distinct groups – those that adapted to the extraordinary conditions, and those who didn’t.

This was made clear by findings from Australia Post’s Inside Australian Online Shopping report released in June this year, which showed 47.5 percent growth year-on-year for online shopping in May 2021 when compared to the same period in 2019, with 32 percent more household shopping online now when compared to just two years ago.

According to retail expert and partner at PwC’s Strategy&, Birger Maekelburger, Australia’s retailers entered the pandemic somewhat behind their counterparts in North America and Europe in terms of ecommerce capabilities.

The limitations of their investments were laid bare when both Coles and Woolworths were forced to suspend some delivery services in March as they struggled to cope with a massive surge in demand.

“(Groceries) was one of the retail segments that is very much behind, as consumers had not traditionally bought things online,” Maekelburger says.

“But they are the ones that have invested quite heavily in recent times to differentiate.”

Much of that investment has been in back-end systems, such as order management and supply chain systems, in addition to their web front ends.

“And the solutions often times are not new technologies, but people and process solutions,” Maekelburger says.

“This realisation that there are shock situations that can happen that fundamentally change the way that you have to operate, is quite an important learning.

"While a lot of retailers had realised that it will come at some point, no one had expected it to come that quickly.”

In all, the past 18 months have been more unpredictable than any seen in recent retail history.

Adaptability has been critical, and across many retail categories, the ability to perform has come down to digital capabilities.

For the discount retailer Kmart, its response to 2020 was greatly assisted by a decision taken by managing director Ian Bailey in 2019 to train the company’s corporate workforce, including non-technical staff, in cloud skills.

So when Brad Blyth joined Kmart and Target in January of this year as chief information officer, he inherited a team that was already digitally fit, and able to rise to the challenge of volatile market conditions.

“The early investment in technology skills, not just in the technology team but in the wider organisation, was obviously very fortuitous and probably ahead of its time for an organisation like Kmart,” Blyth says. “That really helped with the conversations about how we would react faster.”

The skills program, called SPARK, was run in conjunction with Amazon Web Services and designed to help the organisation be more digitally ‘present’ for customers.

At a practical level, the program was vital in enabling Kmart’s decision to replatform to a scalable online ecommerce solution.

But by extending it to non-IT staff, Kmart was able to open their eyes to what was now possible.

“One of the programs of work we had to speed up was our organisational agility as a whole - so rethinking how we actually approached the work we wanted to do,’ Blyth says.

“We really needed to be able to try new things, figure out if they were working, and then adapt accordingly.”

This capability proved critical through the pandemic, not only for helping the company adapt to a surge in ecommerce sales, but also for responding to how customers’ needs had changed.

“That disrupted some of the forecasting that we had in place,” Blyth says.

“As a product manufacturer with a large supply chain, there were obviously a lot of challenges in getting products manufactured and getting them on shelves and stocked.

“So we really looked at how we could use our data in better ways, not just comparing traditional forecasting, but looking at the aggregate data overall and trying to feed some of the more immediate customer feedback we were getting from our online channels into predicting what stock we needed to order.”

Blyth says his team is now focused on four priorities, from personalising the retail experience through to improving supply chain forecasting.

While online is critical, Blyth says it does not represent the full extent of Kmart’s digital strategy.

“We want a digitally-enabled store,” Blyth says. “We want customers to walk into our store with a type of experience that is market leading and something that they have never experienced before.”

The ace up PAS Group’s sleeve

Delivering a better experience through digital technologies has also been the critical factor in the rebound of The PAS Group, a diversified apparel retailer whose brands include Black Pepper, Review, Lonsdale, and Mooks Clothing Co.

The PAS Group had been buffeted by difficult retail conditions even before the pandemic hit, pushing the company into voluntary administration in May last year.

The company had an ace up its sleeve, however, in the form of an advanced digital marketing and loyalty program, driven by group general manager for digital Anna Samkova.

“There were times when digital was the only channel that was trading, and it was relatively easy for us to turn everything around because we had such a strong foundation,” Samkova says.

So when physical retail was shut down, The PAS Group was able to run its stores as distribution centres, and draw on its advanced loyalty program, which had driven 76 percent of sales before the pandemic, to stay in contact with customers.

“Customers were not as interested in products as they were in experiences, because they were stuck at home,” Samkova says.

“So we realised that running live events would be very beneficial and create that dynamic atmosphere. We did it as often as we could, and that was exceptionally successful for us.

“Some of the live events increased our traffic by in excess of 190 percent, and the conversion went up by 35 percent, and we saw an uplift in revenue of around 150 percent.”

When The PAS Group also noted a significant uplift in use of digital channels amongst its older customers, Samkova’s team realised they could smooth their introduction to ecommerce by creating educational videos and crafting personalised landing pages.

All of this has meant that while online retail contributed 16 percent of sales before the pandemic, today it is 24 percent.

Samkova says Kestelman has reaffirmed the digital strategy, and her ambition now is to evolve the company’s loyalty program to drive true personalised experiences for customers.

“If you step away from what you need, and your focus on what they need, you will always be successful,” Samkova says.

For overall retail in Australia, however, the future outlook is far from rosy, with Deloitte Access Economics’ forecast for 2021-22 suggesting turnover growth of just 0.9 percent.

With consumers showing a heightened desire for digital experiences, how well retailers perform will inevitably come down to their digital fitness.

But for Kmart’s Blyth, the legacy of 2020 is not found in any specific digital implementation or strategy, but in Kmart’s organisation-wide capability.

“Our ability to adapt and use more automation in our technology, and new ways of thinking and working, is going to be key to us extending that brand reputation that we have.”

As retailers look to the future, Maekelburger says they must cater to consumers who are now much better educated in terms of what they can expect from digital retail, especially in terms of the ease and speed of fulfillment.

Register below to access a week of special talks and interviews about digital fitness for iTnews Digital Nation subscribers, commencing August 16. 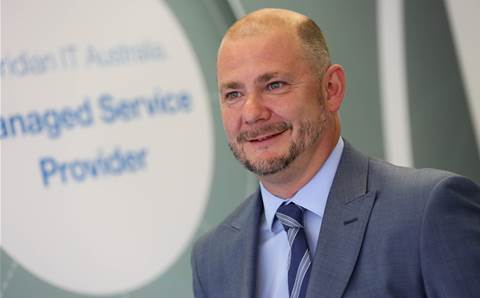 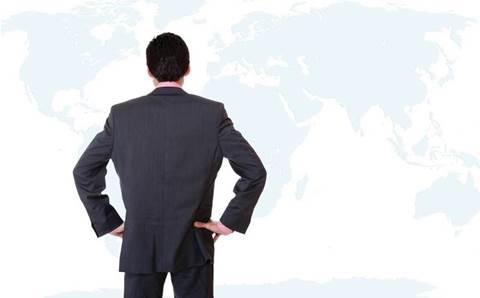 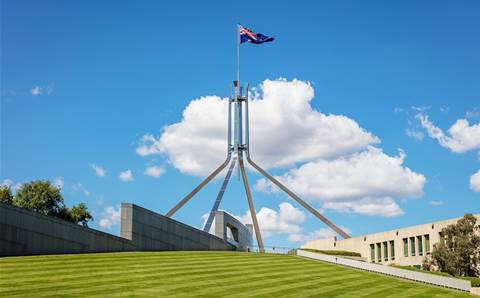 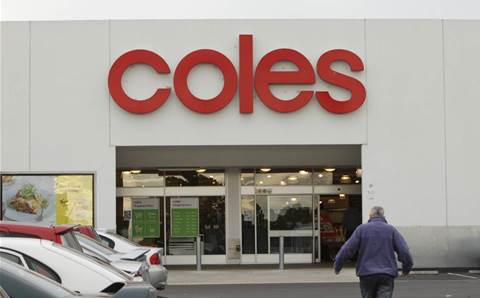